In these photos I have captured the last remains of summer here in Northern Norway. These flowers are from the calendula plant, also known as pot marigold.
I was amazed how long these plants were able to survive. They were even flowering after some nights with frost.

The first photo is of an orange calendula flower that look relatively fresh. These yellow calendula flowers, though, look like they had to cave in for the colder season. The rivers have started to freeze here in Northern Norway and in this pictures you can see drops from the small water fall have frozen on branches and straws.
I used 15 seconds exposure in this photo to get the look of the water fall. Long exposure photography have been a hit for me lately, but the weather have been very gray and boring so there haven’t been many opportunities to take photos. That is why there have been so few updates on this blog. 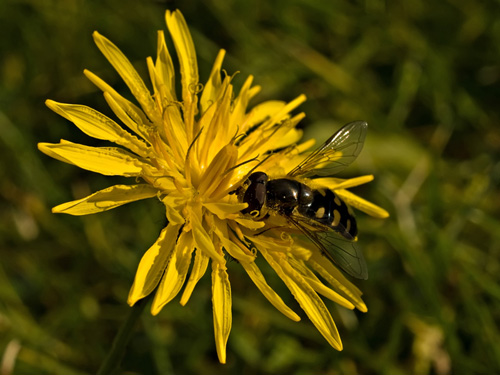 This is probably my last insect photo this year as the snow came to northern Norway today.
In this picture you can see a hoverfly (not sure about the species) feed on an autumn hawkbit (Leontodon autumnalis var. taraxaci) flower. This flower looks a bit like coltsfoot, but autumn hawkbit flowers, like the name implies, in the autumn.

I’m starting to get a collection of pictures of hoverflies feeding on flowers. Here are a few pictures: 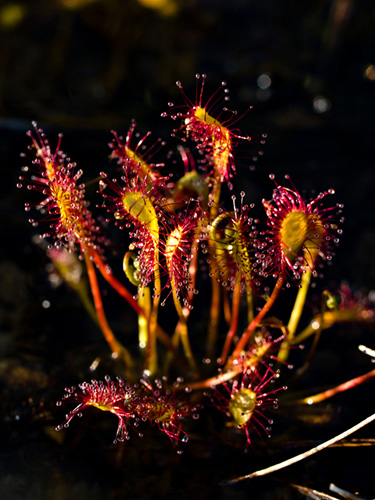 In this macro photo you see the carnivorous plant sundew. This specific specie is known as Great sundew or English sundew (Drosera anglica).
The sundew plants catch and eat insects to supplement their diet. The sticky drops on the leaves attract insects and when they land the sundew plants close their leaves so the insects can’t escape. 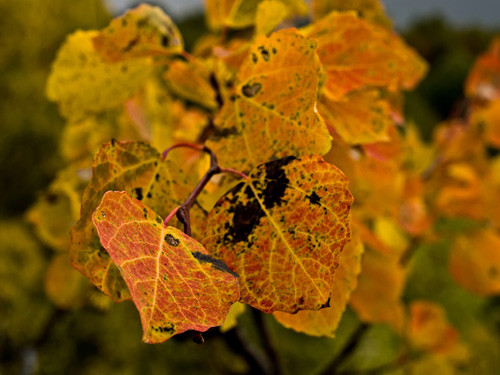 The forest colors are changing fast in the autumn. One of the most beautiful sights are that of aspen trees (Populus tremula) with their staggering yellow and red colors.

In this close up photo of some aspen leaves, you can see the leaves in the process of changing color from yellow to red.

See this blog post for more pictures of autumn colors.