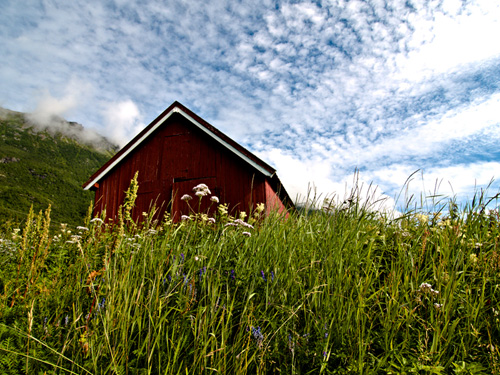 In this photo you see the family boathouse again (check this photo to see it with the fjord as a background). Loved the way the blue sky, clouds and the mountain created a nice background to the boatshed. 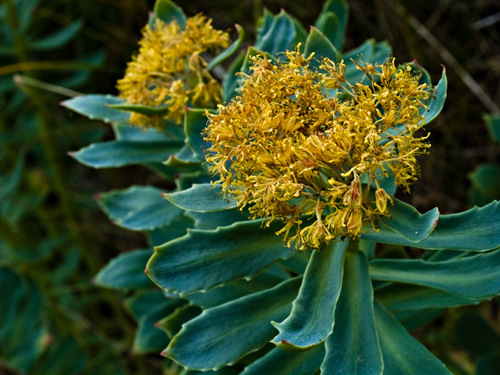 Roseroot (Rosenrot in Norwegian) is a plant that lives in the colder climate areas like the Arctic and it’s growing throughout Norway. You can often find it growing straight out of cliff sides.

In the recent years there have been lots of fuss about the roseroot plant because it is said to have many medical qualities, but it has actually been used in folk medicine for over 3000 years.
Later studies has shown roseroot to be a great medical herb. The list of beneficial qualities is long!
Roseroot is known to improve memory, good against depression, stabilize blood pressure, reducing stress hormones, contains lots of antioxidants, stabilize cholesterol and blood sugar levels and probably much more.
There is also being done research to check its qualities against cancer.

I have to mention that roseroot is a libido booster for both woman and men so I guess you can call it natures own viagra! The herb is being sold in many health food stores here in Norway and I believe it’s pretty big business. Have you ever seen roseroot for sale?

Here you can see how it’s growing wild in the nature. 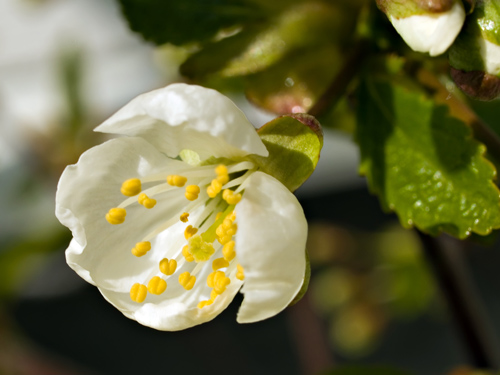 Planted a cherry tree last week and yesterday the first flowers started to blossom.
Will be interesting to see if the fruit will be edible so far north 🙂

Planting stuff that you can eat is so rewarding! 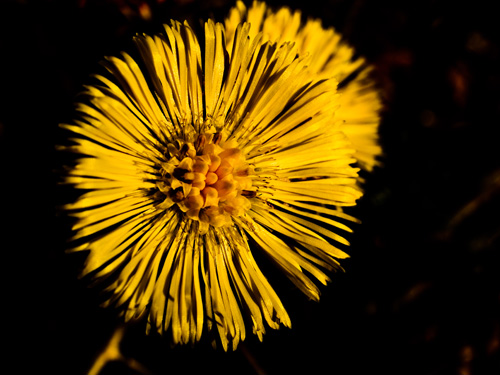 This is a coltsfoot flower (Tussilago farfara) and it is one of the first spring flowers. I’m so happy that spring finally is here 🙂
Have a look at my other flower pictures. 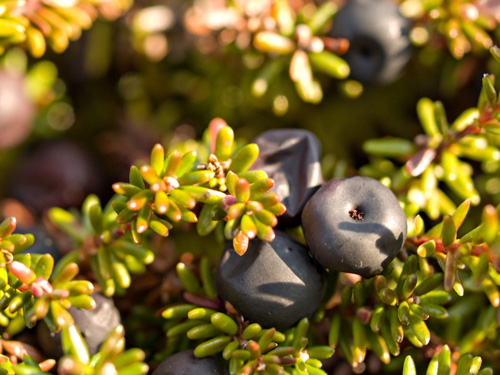 I really enjoy taking photos of the small wonders in nature. Like these crowberries (Empetrum nigrum) that are remains from last summer.

Crowberries is a small evergreen shrub with edible black fruit. They are not used much here, but are getting more popular for making juice and wine.