The autumn have come to northern Norway and it is giving me some nice colors to photograph. Stay tuned for more autumn photos from Norway in the weeks to follow.

The first photo is a macro picture of a plant called dwarf cornel (Cornus suecica), also known as bunchberry. Love the deep red colors the leaves get in the autumn. In the photo you can also see some reindeer lichen growing on the right side. 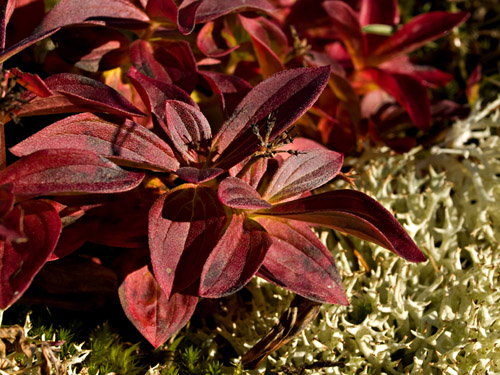 In the next photo you can see how fireweed (Epilobium angustifolium) look in the autumn. The white parts are silky hairs that contain seed capsules. Wind will carry the seed capsules and if there are lots of fireweed growing it can look like snow.
In the background you can see typical autumn weather in northern Norway with clouds hanging very low in the mountains.
Check out this photo if you want to see fireweed flowers. 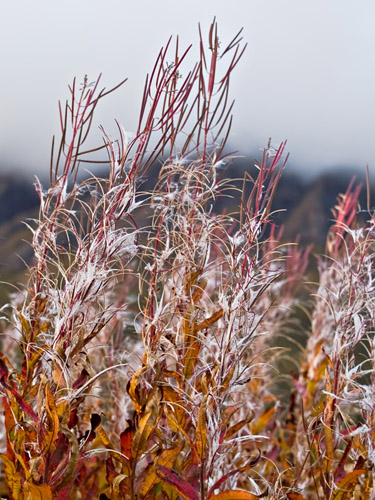 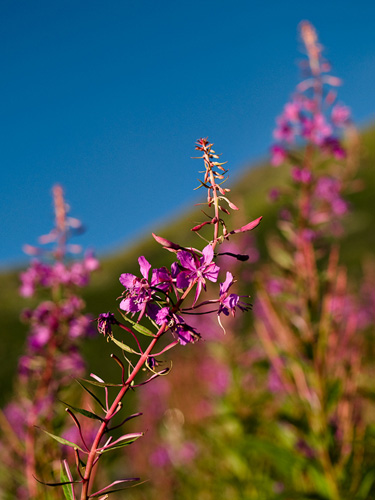 The fireweed, also known as Rosebay Willowherb in Britain, (Epilobium angustifolium) have started to flower so I had to take photos of them.
They are very nice to look at, but I have some mixed feelings about fireweed. The reason for this is that they start to flower late in the summer. Some weeks later they will produce millions upon millions of seeds (80,000 per plant!) that have white silky hairs and can be carried with the wind. It often looks like it’s snowing if there are lots of fireweed growing in the area. For me this is a clear sign of autumn and I would like the summer to last a bit longer 🙂

I looked up fireweed on Wikipedia and I had no idea that it could be used for food. Native Americans collects young shoots and mix them with other greens. They also use it for medicine.
Have anyone tasted fireweed? Would be cool to try it in a salad.