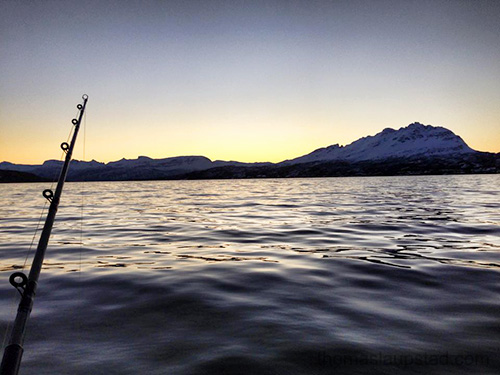 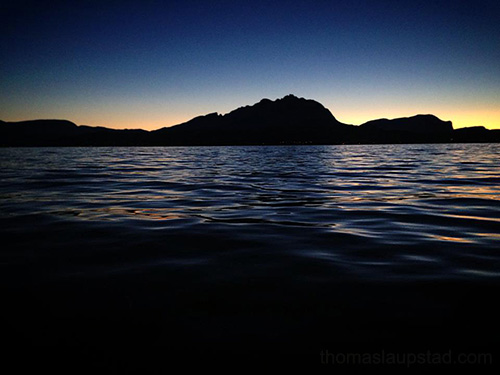 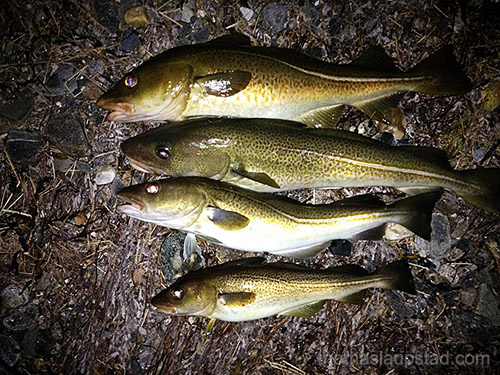 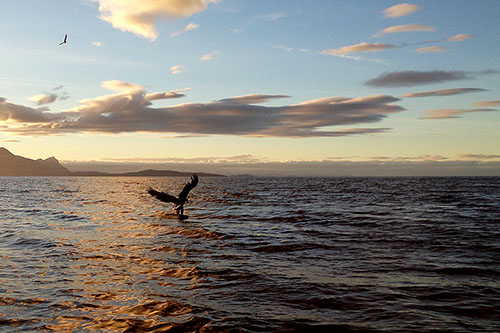 Today when I was out fishing I got a visit from a couple of white-tailed eagles (Haliaeetus albicilla). I had thrown a small fish overboard that they really wanted to catch. In the picture above you can see the majestic bird trying to get this fish. I really wish I had brought a proper camera with me, but the photo from the phone actually turned out pretty good.

The white-tailed eagle is very common in Northern Norway, and we have the biggest eagle population in the world along the coast of Northern Norway. The bird is very big (for comparison see the seagull in upper left corner of the picture) with up to 2.45 m wingspan. The eagle feed on fish, but it can also catch other birds and mammals. Whenever all seagulls take flight at once, you can be sure there is a white-tailed eagle around.

You can see other bird photos here. 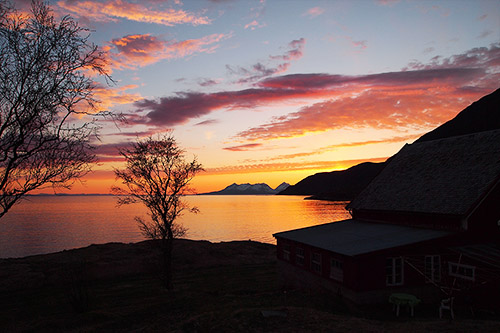 I went for a spring trip to Northern Norway this year, and oh my did it pay off. The weather has been fantastic with temperatures well above 20 degree Celsius, something that is unusual this early in the year.
In the picture above I have photographed the view from my bedroom at midnight on the 19th of May. It is about this time we get midnight sun, but the sun went behind the mountains. Nevertheless, the view was spectacular and making it hard to go to sleep.
The mountains that you see far in the horizon is the second largest island in Norway, Senja. Please click on the photo to view it in larger size.

Spring is such a wonderful time in the north with all the birds coming back, flowers are popping up everywhere and the boat is finally back on the water. I think I need to take a week off every year to visit the old house on AndÃ¸rja. 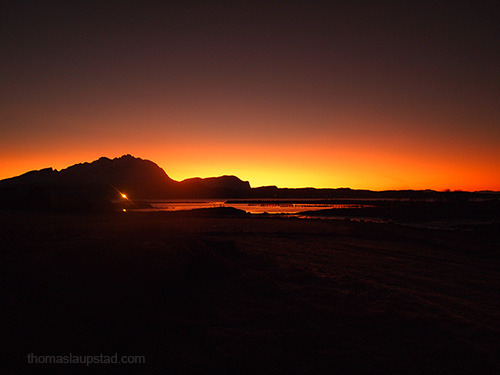 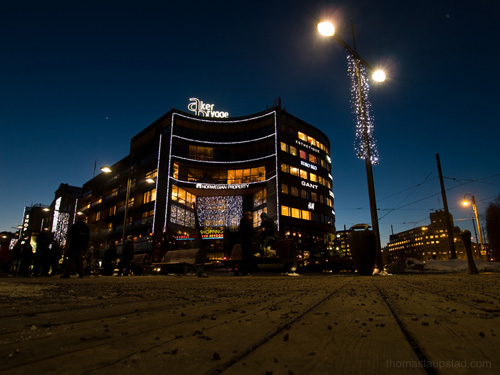 Taken with Olympus E500 digital camera February 26th 2009. Click image for larger view.
Aker Brygge is an area in Oslo by the sea. It consists of shopping centers, offices and expensive apartments. Aker Brygge is known to be a pricey place even for us Norwegians.
Every time I go to Oslo I visit Aker Brygge as the ferry from Nesodden (where I live) to Oslo ends up at Aker Brygge.

In this picture I have photographed the main entrance of one of the shopping centers at Aker Brygge. I really enjoyed the blue tones of the evening behind the building and I liked the special perspective you get when you put the camera on the ground with all the pebbles and planks. If you click on the picture and view it large you can see some of the people walking by.