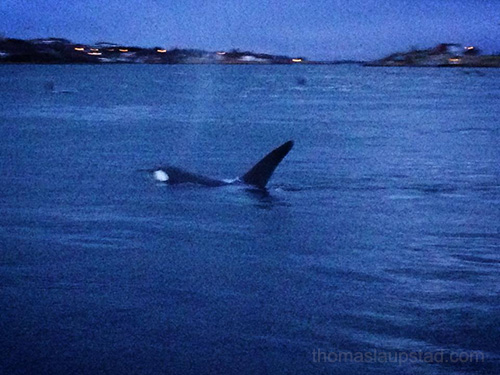 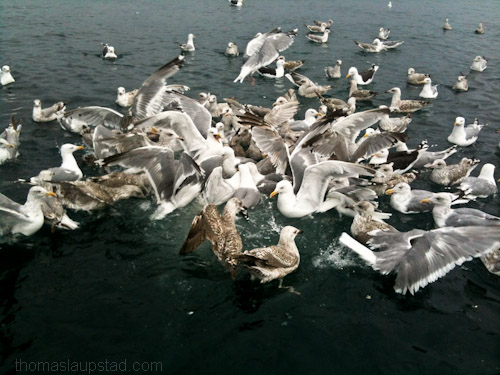 Here I have photographed some seagulls when I was out fishing last month in Northern Norway. There is always some seagulls around your boat when you are out on the sea, just waiting for you to throw them some goodies. On this trip we caught a lot of fish so we had to do some gutting and these seagulls love fish guts. After a while more and more seagulls arrive at the scene and it becomes quite crowded around the boat as you can see in the pictures.
There were mostly European Herring Gulls (Larus argentatus) around the boat, but also some larger Great Black-backed gulls (Larus marinus).
The seagulls come really close to the boat and some even took guts from my hand.

Here is another picture from the feeding frenzy. 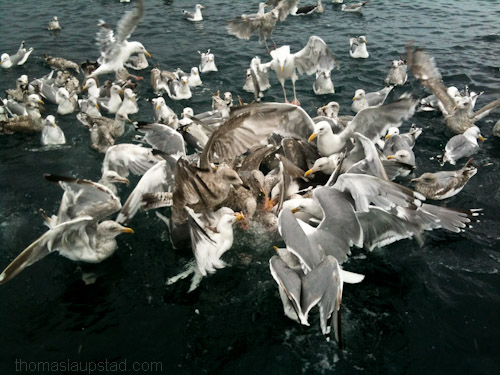 Please see my other pictures of seagulls here. 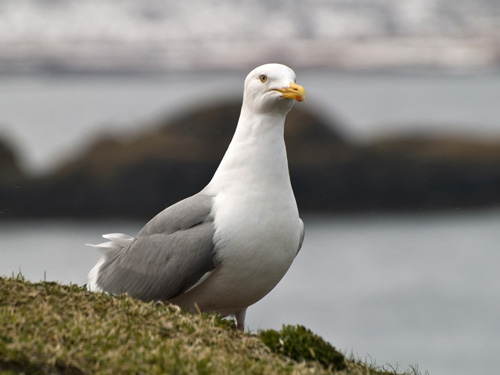 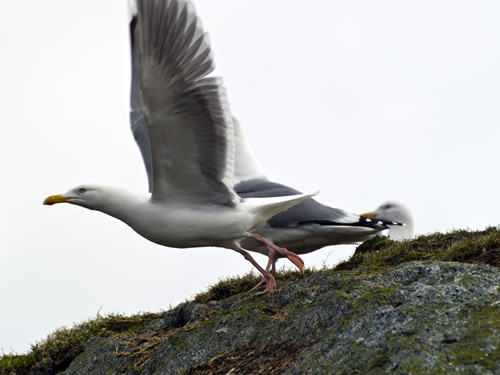 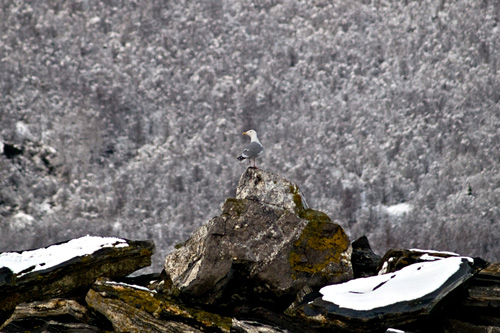 Taken with Olympus E500 digital camera March 17th 2008. Click image for larger view.
I was out rowing, for the first time this year, when I saw this herring gull (Larus argentatus) standing on a seawall. Had to take a picture of the seagull with the snow covered forest as background.
Let me tell you that it is not particularly easy to take photos from a small and rocky rowboat. Especially when you are trying to zoom in on a bird.

Here is another picture of the seawall. 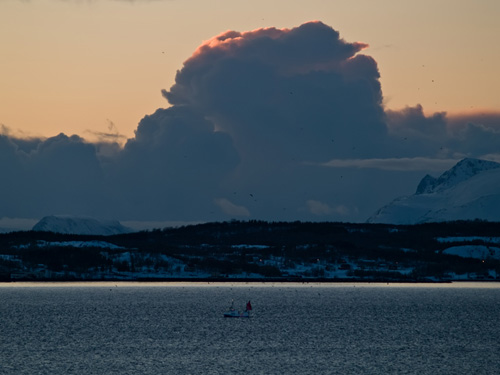 Taken with Olympus E500 digital camera March 4th 2008. Click image for larger view.
In this picture you can see a small fishing boat that is called “sjark” in Norwegian, sailing on the fjord. These small fishing boats are very typical for the fisheries on the coast in Northern Norway and I’m hoping that some day I will be doing fishing from a sjark too. They can be quite expensive to buy especially if you want to buy the boat with a quota for commercial fishing.
The spots over the boat and in the sky are seagulls and not dust spots on the camera sensor/lens 😉

Here are a couple of other pictures of fishing boats on the sea in Northern Norway:
–Old fishing boat on a calm sea
–Boat in autumn scenery