Cruise ships are a very common sight here in northern Norway, during the summer. Often you can see several cruise liners in the horizon. 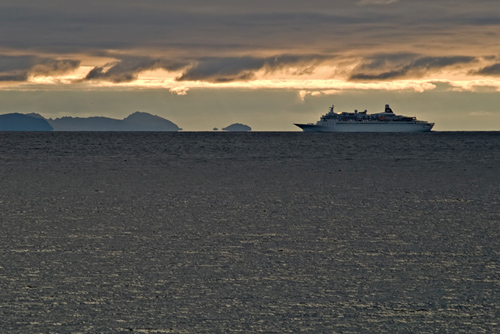 I really liked the clouds on this photo. Can’t be too bad being a tourist on that ship with a scenery like that. 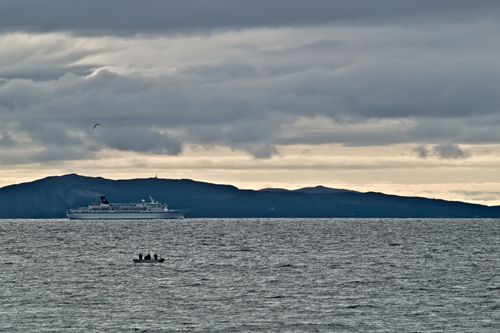 Liked the contrast between the two ships on this picture. They are both filled with tourists, but I think I would prefer to be in the small boat.
Recent years there has been an increasing number of fishing tourists coming here from Germany, Finland and Sweden. Hope they do not catch all my fish 😉 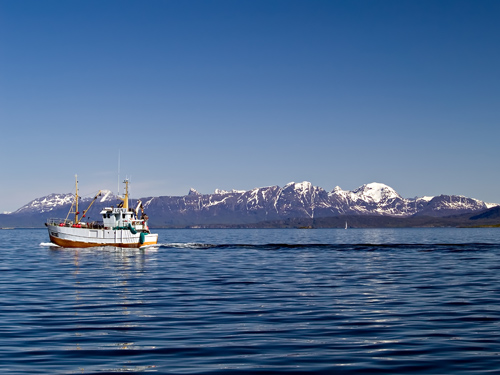 I find these old fishing boats made of tree very beautiful. Hope to own one myself some day..

Maybe you wont believe me, but I’m standing on a pier with the pretty large town Harstad right behind me. This scenery doesn’t look very urban, does it?
I was staying in Harstad for 3 weeks attending a course and had a real hard time finding things to take photos of. I’m glad to be back home where there are more nature to walk around in 🙂

The mountains in the back are from the islands RollÃ¸ya and AndÃ¸rja (where I live). This is typical Norwegian fishing boats and all the seagulls want a piece of their catch. If you look closely … This is a typical fishing boat in Norway called “sjark”. The fishing done with these are much more friendly to the ocean than the fishing done by the big trawler boats.

Added some lomo effect to it.